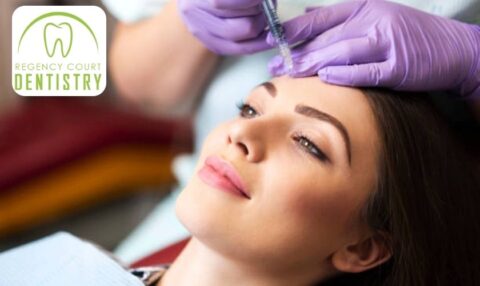 All You Need To Know About Dysport And Botox

Different people show different signs of getting old. You might notice that your wrinkles only show up in certain lights or when you look at them from a certain angle. You might be able to see your frown lines in pictures, or you might be able to see the lines around your eyes better. We all have to deal with getting wrinkles. We can’t stop time or turn back the clock on aging, but injectables can help you look younger again.

Botox® is the most common injectable, but it’s not the only one. Dysport has been getting a lot of attention for how well it smooths out frown lines. Here, we’ll talk about what’s the same and different between the two, so you can decide which is best for you.

Dysport is an excellent choice for people with moderate to severe frown lines. Botox, on the other hand, can be used to treat crow’s feet, forehead wrinkles, and laugh lines, among other wrinkles. Botox may be better for you if your wrinkles aren’t too bad.

How is Botox used?

The first drug to use botulinum toxin is Botox. AbobotulinumtoxinA (Dysport), rimabotulinumtoxinB (Myobloc), and incobotulinumtoxinA are now also on the market (Xeomin). Each one is a little different, especially regarding dosage units, so you can’t use one in place of the other.

Botox and Dysport are pretty similar. Both are made from botulinum toxin, a protein that destroys nerve cells but is safe to use in small amounts. Botox and Dysport can treat several medical conditions, but their most common use is to reduce wrinkles.

Both injectables are considered to be noninvasive and work by temporarily relaxing facial muscles. This keeps the muscles from tightening, which smooths out the look of wrinkles. The two are different because of the trace proteins they contain and how they are made.

What Makes Them Different?

One of the most critical differences between Dysport and Botox is where each can be used. Dysport is mainly used to fix glabellar lines, which are the lines between your eyebrows when you frown. Dysport is an excellent choice for people with moderate to severe frown lines.

Botox, on the other hand, can be used to treat crow’s feet, forehead wrinkles, and laugh lines, among other wrinkles. Botox may be better for you if your wrinkles aren’t too bad.

Some people saw results from Dysport faster, with fewer wrinkles in as little as two or three days. Botox results usually appear after about a week, but both injectables work best after about two weeks regarding how long the effects last; Dysport and Botox both last about 3 to 4 months.

There Are Different Molecular Weights In Botox and Dysport

Botox has a molecular weight of 900 Kilodaltons, but the protein sizes used to deliver the active ingredient in Dysport vary more. Because of this difference, there is one big difference between the two injectables.

Is It Safe To Use Dysport And Botox?

If you’ve never had Dysport or Botox before, you might be worried about how safe they are. Even though Botox has been around much longer than Dysport, the FDA has approved both, and millions of people have used them.

Everyone has a different set of genes. As with many products and services, different people have different experiences. If you’ve already tried Botox and want to try something new, Dysport is a great option that may work faster.

Meeting with our expert team is the best way to choose between Dysport and Botox. They can talk to you about your skincare goals and help you decide which choice is best for you.

BOTOX is used in dentistry

Botox injections can help people with jaw joint problems (TMJ). When jaw muscles are too active, they can cause pain that lasts for a long time. Botox treatment helps calm overactive muscles and reduce or eliminate pain. Botox injections can also be used with a dental appliance to treat the harmful effects of bruxism (teeth grinding) when the appliance alone is not enough to treat the problem.

Even though Botox injections are a more advanced treatment, they may help with high smile lines or “gummy smiles.” Botox is injected into the muscles that make a person smile. This relaxes the muscles, giving the person a lower lip line and a smile that shows less of their “gums.”

How Big Of A Deal Are Dysport And Botox’s Differences?

Dysport and Botox can usually be used to treat the same kinds of cosmetic problems. They both contain the same active ingredient and work in the same way. Because they are both muscle relaxants that can be injected and don’t require much surgery, there aren’t many differences between them.But it does help to know the best product to treat a particular problem with your skin.

Botox might be a better way to fix the problems between your eyebrows. Botox doesn’t spread out as much and works great on small areas of your face.

When it comes to getting rid of fine lines around your eyes (called “crow’s feet”), Dysport may work better. This is because Dysport is easy to spread to larger areas and smooths out more wrinkles as it does so.

Because Dysport is so easy to spread, it may also be better for treating lines on the forehead.

When it comes to dosage, there is also a difference. Because Dysport is less concentrated than Botox, you may need a higher dose of Dysport. This all depends on how your doctor makes up the doses.

At the end of the day, how the injections are given will determine how well they work. If you take these two medicines the right way, you might not notice a big difference between them. Healthy competition is also suitable for consumers because they will get better prices and products.You can visit our Regency Court Dentistry for the best Botox related treatment.
« Previous Post
Next Post »
3003 Yamato Rd Ste C-5
Boca Raton, FL 33434
Get Directions
Book Today!
(561) 566-5443
Request Appointment
Comments or
Suggestions?
Contact Us
Copyright © 2022 All Rights Reserved Regency Court Dentistry.
Facebook Twitter Pinterest Video Yelp